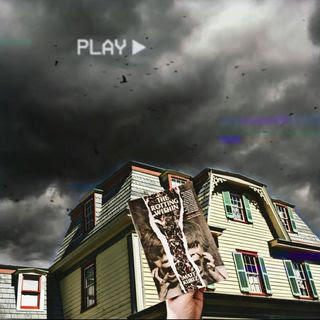 TITLE: The Rotting Withing
AUTHOR: Matt Kurtz
SYNOPSIS: Fleeing an abusive boyfriend, Kenzie Moore and her two small children seek refuge at the Sunrise Bed & Breakfast, a secluded inn run by her estranged grandmother, Shirley. While there, Kenzie and her children promise to follow one simple rule: stay away from the third floor, where its bedrooms house a pair of reclusive old women. Though the inn seems an idyllic place to start anew, Kenzie quickly discovers something malevolent not only lives under its roof, but moves within its walls.
When Shirley is called away and the kids are mysteriously stricken ill, a torrential storm further isolates the family and brings forth something out of the darkness, something whispering for Kenzie to “kill the children.”
It all culminates in a terrifying game of cat and mouse, where Kenzie must battle both new and old demons while trying to prevent.
PUBLISHER: Grindhouse P
RATING: ⭐⭐⭐½
I sat with this one for a bit and stewed over it. There were elements I really enjoyed and then there were others I felt were stuffed in to fill space. The first monster kill at the BnB was rad and I really enjoyed the intensity.
Ultimately, Matt has an awesome talent for disturbing, but with that, I feel this could have been cut and trimmed and been more of a powerful narrative. I will definitely be seeking out other work by Matt Kurtz.
Thank you Matt Kurtz for a copy of THE ROTTING WITHIN in exchange for an honest review.
at 9.3.21
Email ThisBlogThis!Share to TwitterShare to FacebookShare to Pinterest
Labels: Review